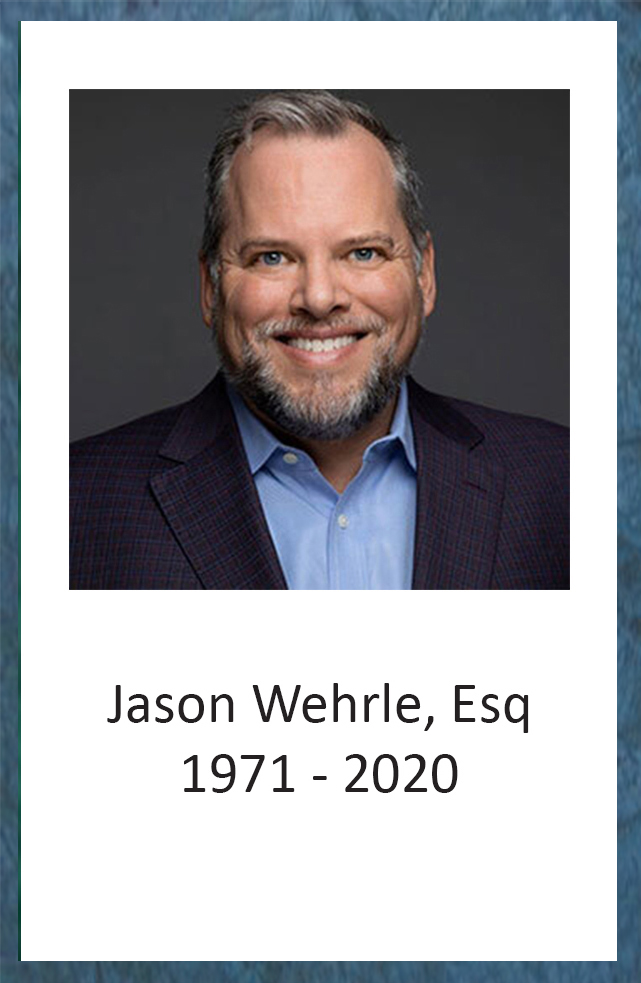 Jason leaves behind to cherish his memory, his wife, Kristina Kocur; his children, Emma and Brady Wehrle; his parents, Bill (Beverly Cherico) Wehrle and Cathy (David) Mowery; his brother, Michael (Catie) Wehrle, and his nephew, Bryson; and his aunt and uncle, Sally and Jim Burke.

He was born May 10, 1971 in McKeesport. Since he graduated from John Marshall Law School in 1997, he has been a defense attorney, trying numerous cases to verdict in several jurisdictions. Jason’s practice has been devoted to defending professionals and organizations in commercial and tort related claims.

Jason’s experience in Consumer Financial Services Litigation is substantial, and he has defended against every type of consumer claim, including claims under the Fair Credit Reporting Act (FCRA), the Truth in Lending Act (TILA), the Fair Debt Collection Practices Act (FDCPA) and the Telephone Consumer Protection Act (TCPA), as well as state consumer protection laws — both individual claims and class actions.

In his career, Jason has represented manufacturers, suppliers and retailers in product liability matters, including electronics, medical equipment, food products, appliances, farm equipment, power tools and sports and recreational equipment. He has tried numerous cases to verdict in several jurisdictions.

He was a past director of the Seneca Valley School Board and a Trustee of the Seneca Valley Foundation. Jason also volunteered his time with the Miracle League of Southwestern Pennsylvania and Animal Friends. In his spare time, he enjoyed his family, traveling, the family cabin, and was a huge Pittsburgh sports fan. Above all, Jason loved spending time with his two children. Jason was a loving husband, father, son, and brother who will be dearly missed and fondly remembered.